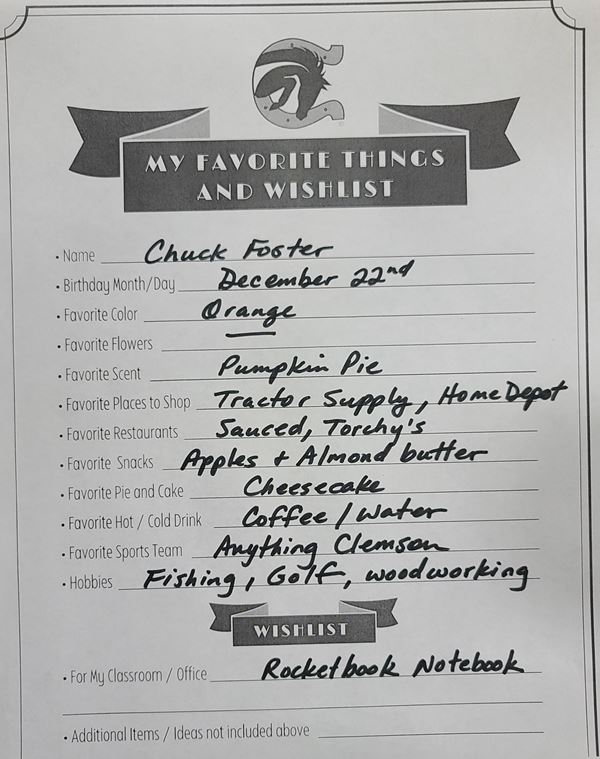 Chuck Foster has worked in education for 28 years. During that span, he has taught US History, World Geography, Debate, Speech and Sociology. Mr. Foster has taught in Boerne ISD for 16 of his 26 years in education. Prior to BISD, He was employed by Deer Park ISD and taught at both Deer Park High School and Bonnette Junior High School. Mr Foster is the Head Baseball coach and assistant football (linebackers) coach at Champion High School. He also coached at Boerne High school from 2002-2008 and was also has the Head Baseball coach and a football assistant. While at BHS, Coach Foster led the Greyhounds to the 2004 State Championship. Mr. Foster received his B.Ed. from Clemson University in 1992. Mr. Foster was a 2 year letterman for the Tiger Baseball team that played in the 1991 College World Series in Omaha, Nebraska. Mr. Foster is married to his wife of 27 years, Cheryl and has two children. His daughter, Haylee attended CHS and was an All District soccer player for the Lady Chargers from 2009-2013 and lettered at Hardin-Simmons University. Haylee is currently employed as a TA at BMSS. His son Derek, was an All district LB at CHS and is currently a sophomore at Texas Tech University. Derek plans to get a degree in education and teach/coach in the future. I have a Grandson named Lincoln and he has pops tied around his little finger!!

I am a diehard Clemson fan, Go Tigers