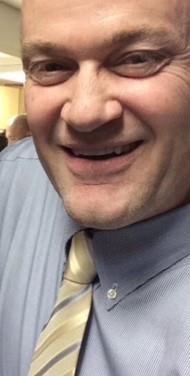 Ever since I was nine years old, I wanted to be an airline pilot. So, when I was in high school, I worked hard to score a 760 (800 possible) on the Math SAT, a major key that opened a door for me to the Air Force Academy.

After graduating from USAFA, I was commissioned as an Air Force officer and became a military pilot (C-130s and C-21s). Eventually, I even flew for an international airline .. literally, a dream-come-true.

In 2001, I married the most beautiful girl in the world and became a daddy of three amazing kiddos in 2011, '13, & '15. We live in north Boerne with our 90-lb labrador "Winnie," two scorpion-killer cats, three lionhead bunnies, and twelve chickens.

This year (2020-2021) is my 11th year endeavoring to empower students with mathematical insights, so they can pursue and attain their own dreams.