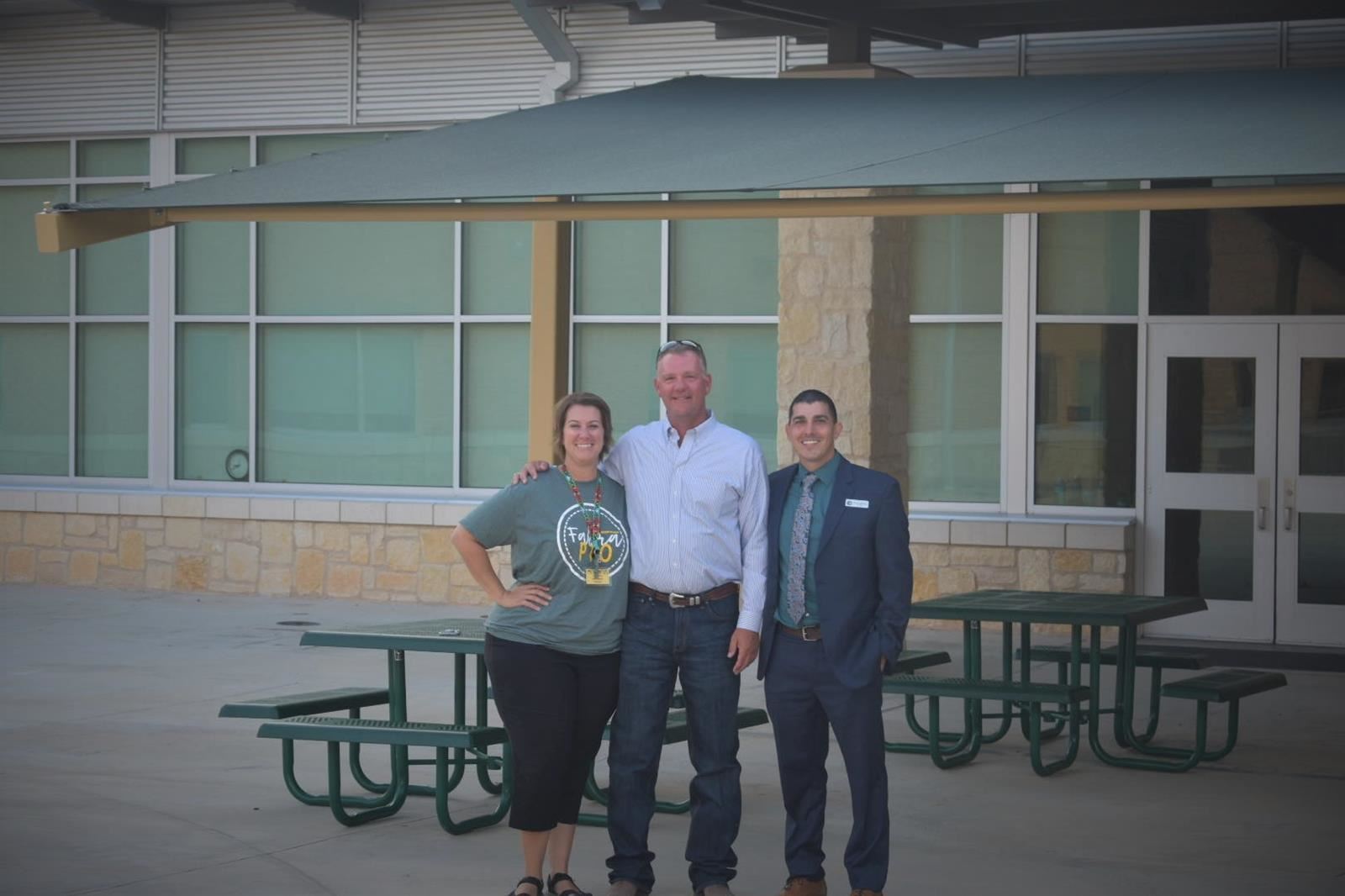 It’s clear the moment you step onto one of the newer Boerne ISD elementary campuses that the facility is set-up for shared learning.

The campuses are built to be a circle with a large courtyard in the center for learning areas like a reclaimed water station at Van Raub Elementary, or the shared herbal garden at Fabra Elementary. While the patios are an excellent learning area for students, there is also no shelter from the brutal Texas sun.

Beginning in the summer of 2018, the Fabra Parent Teacher Organization had the idea to add industrial shades to the courtyard to help students better enjoy the space. The hard work then began, the brainstorming for how to pay for the project, and that’s when they received a very generous surprise. 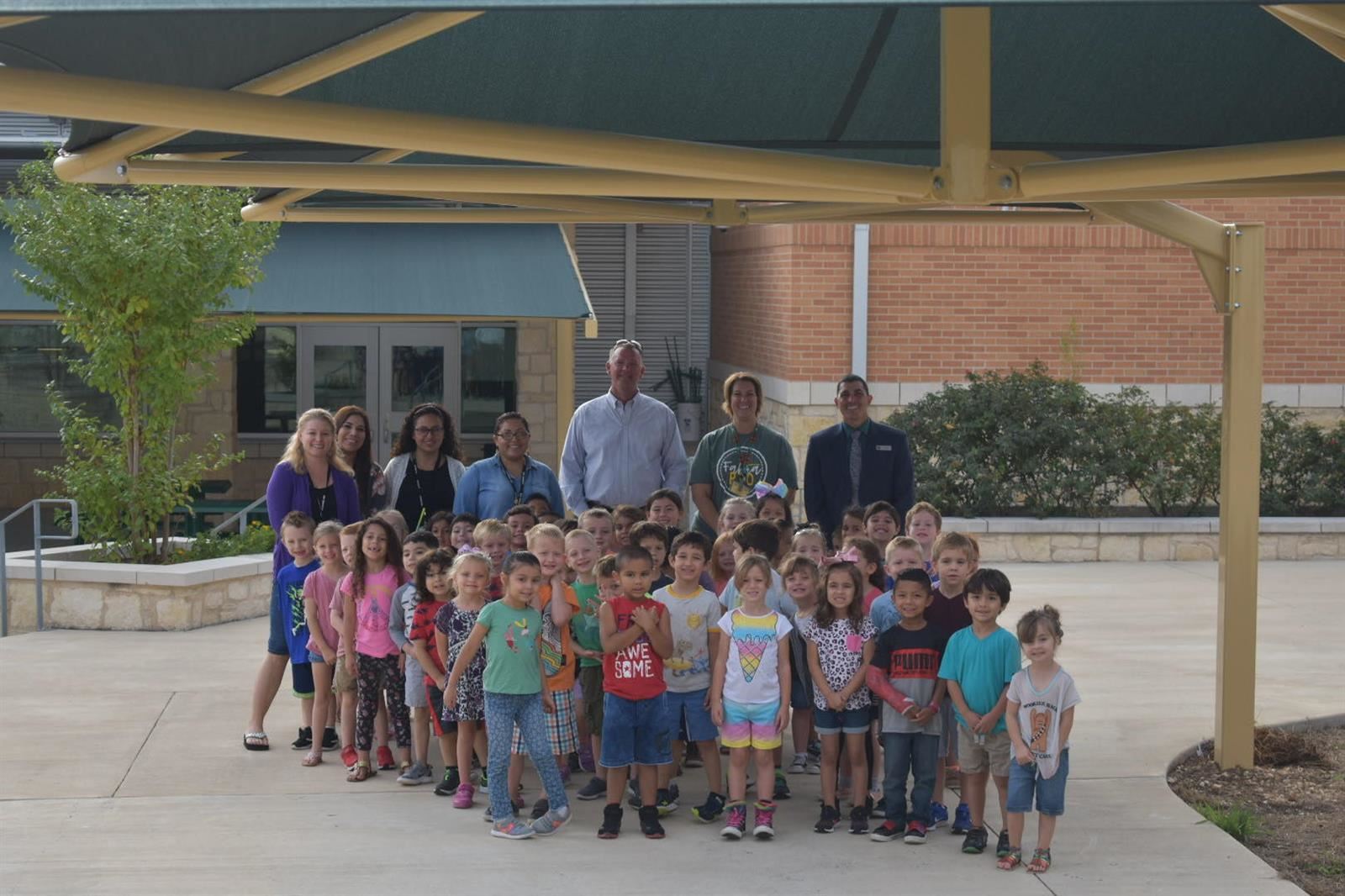 John-Mark Matkin has two students in the district, including a third-grader at Fabra. Mr. Matkin owns M5 Utilities, LLC, and expressed interest in helping.

“After some discussion and planning,” said Fabra PTO President Sarah Domine. “Mr. Matkin took PTO by surprise with a $20,000 donation to put toward the project.”

Along with Mr. Matkin’s donation, the PTO was able to raise $11,000 towards the project, leaving the campus with only $7,000 to make it a reality.

“It’s been a fun process,” said Fabra Principal Troy Latiolais. “And it’s made a big impact on the campus.”

After working with BISD Facilities and Operations, and the Finance Department, Shade Pro out of New Braunfels was selected as the preferred vendor later in the school year.

The structures were installed late September 2019 and are already being put to good use by the campus. The upcoming Fall Fest will have booths beneath the shaded areas, and the campus plans to hold outdoor assemblies now that there are cool areas to sit.

“Seeing the structures in place and how well they provide shade and character to the Courtyard, PTO feels this was money very well spent!” said Domine. “We are grateful to M5 Utilities for their support; without it, we may have been selling squares and fundraising for several years to save for the project." 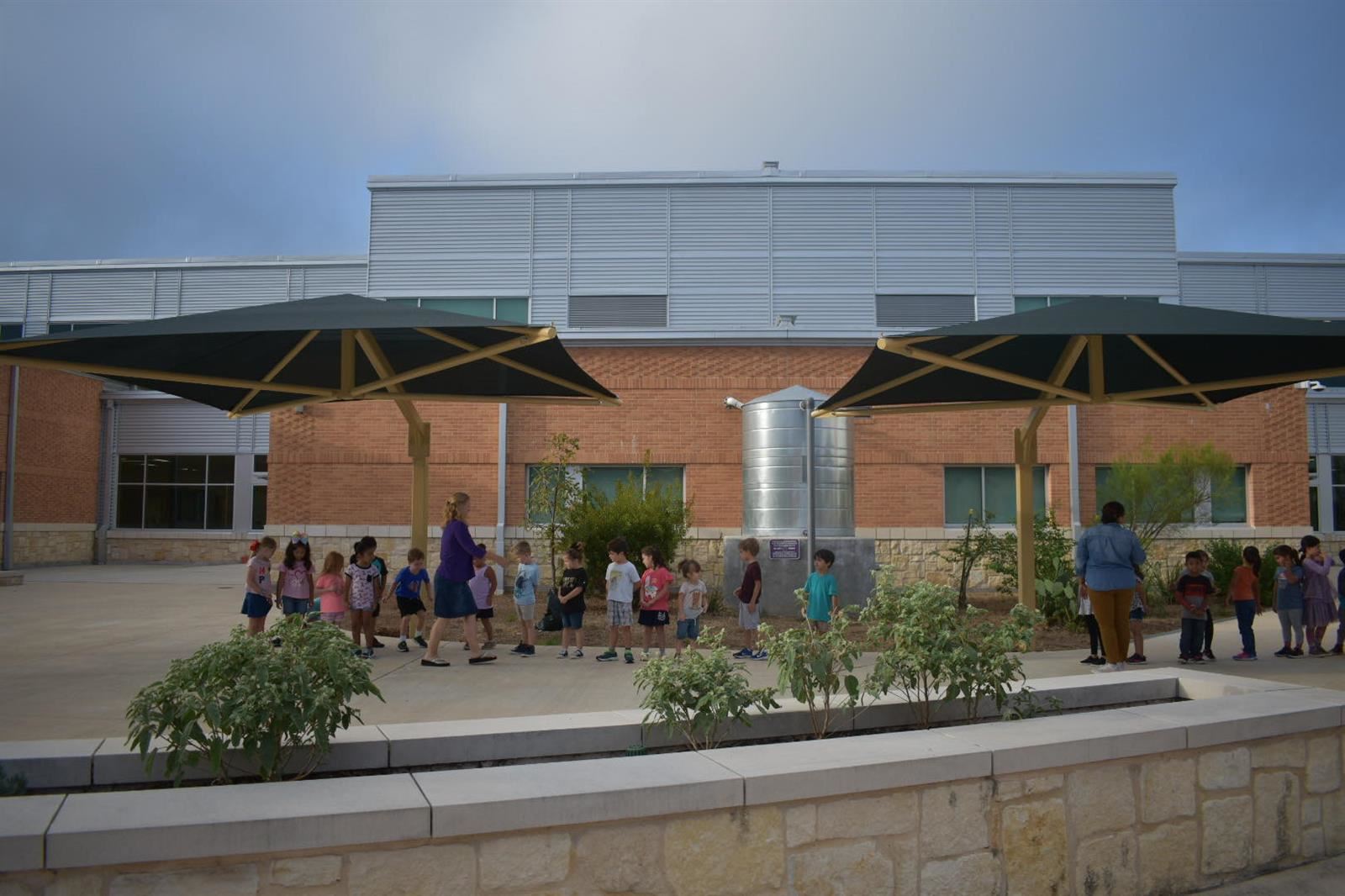