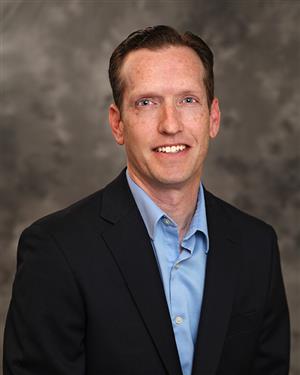 November 14, 2022- The Boerne Independent School District has announced that Dr. John O’Hare has been named Chief Administrative Officer. O’Hare’s appointment was approved by the Board of Trustees at their Regular Monthly meeting on November 14th.

Dr. O’Hare joins Boerne ISD after spending eight years in Pflugerville ISD, most recently serving as the Executive Director of Secondary Schools. In this role, Dr. O’Hare oversees a total of 12 middle and high school campuses, as well as the Director of Athletics, and all district athletic programs.

Boerne ISD Superintendent Dr. Thomas Price said, “We had a very impressive list of applicants for this position and John stood out above the rest. We are very fortunate and excited to be able to add him to our Executive Leadership Team. His credentials and experience are exactly what we were looking for in Boerne ISD.”

In his eight years in Pflugerville ISD, Dr. O’Hare served as the Executive Director of Curriculum and Instruction, where he oversaw Pre-K through 12th-grade instructional programs, before moving on to his role as Area Executive Director, overseeing a total of nine elementary, middle, and high school campuses.

Prior to joining PISD, Dr. O’Hare served as the Director of Secondary Academics at Lake Travis ISD, and was a Principal and Teacher in Brazosport ISD and Clear Creek ISD, respectively.

In his award-winning 22-year educational career, he was named the 2012 Region IV Principal Recognition for Outstanding Leadership and the 2012 Brazosport ISD Principal of the Year, among other honors.

“John will work very well with our Principals, Assistant Principals, and other Administrators across the district. His expertise and leadership will help lead Boerne ISD to new heights. This is a great hire for our students, parents, staff, and community,” Dr. Price stated.