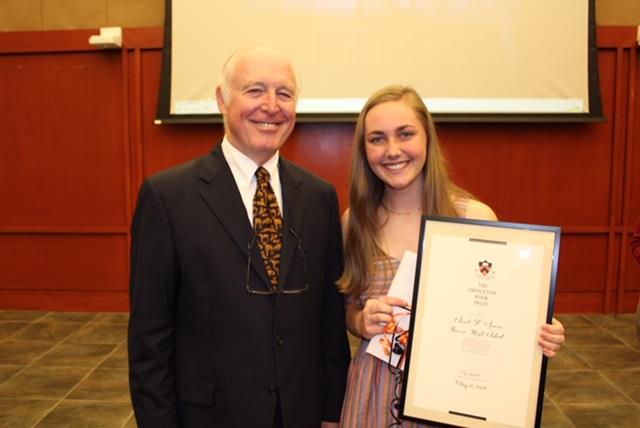 Boerne High School junior, Sarah D’Spain, was awarded the 2019 Princeton Book Prize along with five other juniors in the San Antonio Area.

The award highlights five of the “Most Outstanding” students in the city who are nominated for the award by their school counselors. The winners are also nominated based on their academic and extracurricular excellence.

Two other Boerne High School Juniors, Tyler Roberts and Macy Howell, were also nominated for the award by their counselors.

The Princeton Book Award was established in 1983 by Princeton Alumni in San Antonio. The nominees and winners were congratulated at a reception on May 15, 2019, at Trinity University.