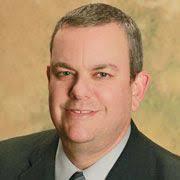 Mr. Gillette is entering his twenty-fifth year of teaching the past thirteen with Boerne I.S.D.  He has taught AP United States History at Champion High School since 2008 as well as AP Human Geogrpahy, Historical Periods, and On-level US history.  He is a graduate of the Univeristy of Arkansas and he currently working on his Masters in History and Government from Ashland University.  In addition to his teaching duties, Mr. Gillette serves as a varsity swimming and diving coach as well as an assistant girls basketball coach.  His UIL Current Events teams have captured two class 5A State Team Championships and one Individual State Champion.  His UIL Social Studies teams have won many district championships and have competed at the regionaland state level for the past seven years.  Mr. Gillette is the 2016 Boerne ISD District Teacher of the Year and the Champion High School Teacher of the Year.  He is also the recipeient of the Trinity Prize for Excellence in Teaching.  He recently was named the 2019 James Madison Fellow for the State of Texas.  He serves an AP Reader for the College Board for AP United States History.  Mr. Gillette is married to Sami Jo Gillette, the vice-principal at Fabra Elementary.  He is a father of twins who are graduates of Champion High School.  Samuel is an International Relations/Arabic major at the University of Texas and Lauren is a Social Work major at the University of Arkansas.